Its been two days of solidarity
Pray tell if its going to get worse
Mysteries are miseries, it never ends.

“What never ends“? Said Bertrand who has been standing reluctantly listening to his brother soliloquy as he obstructs the only moment Doe decided to take solace in being alone.

”Its nothing bro, just writing”. Doe replied. ” Writing or reading? Is that your diary? Have you started using it? Because i have been a bit of a poker since i bought you that diary and you never used it”. Doe whose surprised wasn’t peaked looked back at his brother.

”I know you do, that’s why i never hid it and besides i don’t need one, its old fashioned”. ”So you’ll speak in proverb and that’s all? Mysteries are miseries… What does that even mean”?  “Why have you come to invade my privacy brother. I could sue you, you know”? Doe said sarcastically.

Bertrand smiled as he handed over a paper to Doe. ”What is this for”? Doe asked in perplexion. “The girls decided to throw us a party. I thought you might want to invite someone”. Bertrand said.

Despite the fact that he was snubbed by the girls he still feels a bit of peace in himself compared to the subjugation he believes his brother is under.

”To be candid, its been two days and not a word has been uttered to me by them and now they care enough to think i’d want to invite someone? Doe raising his voice. I don’t think i am worth seeing if those i said goodbye to shunned me, the others would probably do worse”.

Bertrand sighed ” come on D its not like that”…  Doe cuts in. ”Don’t even start with that. You can leave now. I’ll like to be alone before i start sounding like the depraved brother of the Bades”.  ”I will drop this IV incase youcchange your mind”. Bertrand leaves the room feeling a little bit of guilt.

The first two years at their uncle’s house was quite tough, they were subjects ct to lone survival, as the depraved uncultured uncle would leave a token amount for them vanish to live is dilapitated life. Bertrand who was used to the solitude had a good time adapting to the lifestyle of an orphan.

Like every other life driven being, he made unfortunate friends Doe prefers to call ”Douche”. Doe on the other hand had to fake almost everything. His laughter, happiness even his friends were mostly imaginery.

”Breakfast is ready”. Vanessa shouted like a banshee so everyone could hear. Doe came down the stairs, it took him minutes to show up at the dinning because he was dealing with his trepidation, but yet he wouldnt want to behave like a trite.

”So girls, i noticed you haven’t uttered a word to Doe since our return”. There is nothing to talk about. Julie said. ”you know, i always thought”…She went mute.  You always thought what? Vanessa questioned her curiously. Never mind. Julie replied.

Brother won’t you say anything? Bertrand looked at Doe who kept eating unaware of the conversation going on. He was wearing a hood with an handsfree plugged to his ears which was hidden under the hood. He stood up after seeing an end to his food and left the dinning quickly as if it was an abbatior. ”It seems you’re an aberration in this party”.

The party has only been two hours off the starting time and everything is quite red for a welcoming party. But Doe feels abberant and bothered because no one has welcomed him since his return.”it appears so”. Doe said looking back to greet the anonymous visitor. ”And i dont expect you to be here unless you’ve e gone rogue”.

”Oh come on! Bro dades i am 18 and besides its only a welcoming party”. Get off it. It Dades you don’t add bro to a nickname Deejay. Doe said has he hugged him cheerfully.

”Wow you’ve grown tall. The last time i saw you, you were no different from a dwarf”. Deejay burst into laughter. “That was 10 years ago wasnt it. Ive pretty much turned out to be like you”.  You wish. Doe laughed.

Doe and Deejay had been a pair before he left town and had always been a role model and mentor to him. ”Well it seems everyone else is having a nice time except you. But dont worry i understand, i also heard but i don’t care anyway. Things would be better i believe”. Deejay said. “Heard what? Doe said looking surprised.

”I really appreciate you girls for throwing us a party”. Bertrand said. Not us, but you. Julie said. Is it everything you hoped?  Of course. Bertrand replied gratefully. ”its good to know you are having fun. Vanessa said.

Doe and Deejay still arguing about what Deejay heard. ”Deejay tell me what you heard. Are you kidding me? Everyone knows about it.  About what?.

The music at the party was tuned up by the DJ which made it really hard to hear a word, but the sound of a gunshot fired made the noise reduced as someone dropped dead. 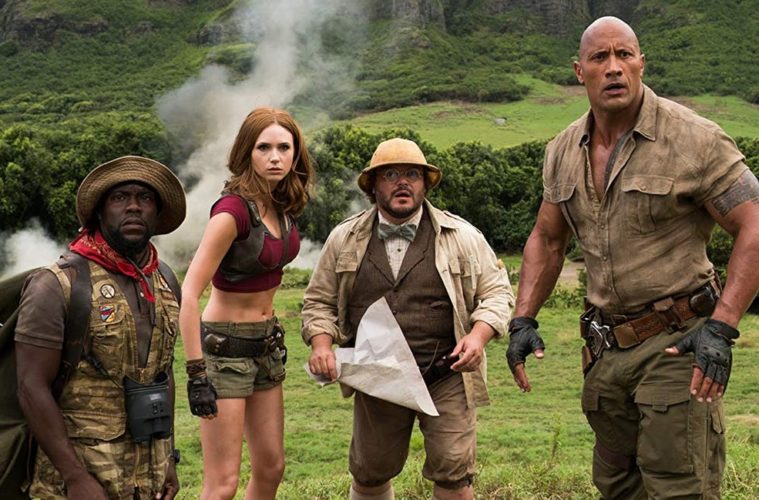 [EDITORIAL] Performances After January Shopping, Which Is Your Favorite Signing So Far? Sport