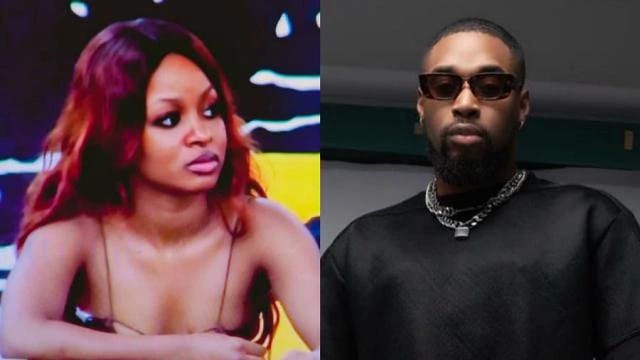 Bella Okagbue, the potential love interest to Sheggz, both from the Big Brother Naija season 7 Level Up show, has advised that she and Sheggz should forget about the outside world and live in the moment. Bella’s advice comes few minutes after Sheggz, alongside Level 2 Housemate, Phyna received serious warning from Big Brother over their constant reference to viewers of the show.

Biggie, on Friday evening, after the Friday night Wager task, asked Sheggz and Phyna to step out, as he warned them to desist from analysing the viewers and making reference to how they watch the show. Recall that the Level 1 Housemates, lost the Wager task to Level 2 Housemates, who scored a whopping 80 points, against Level 1 Housemates who accrued nothing.

Bella believes that her constant clinging to Sheggz has a bit to do with their performance during the Wager task, and wants it to end. And it’ll be better for her and Sheggz to remain focused on the game and stop talking about and analysing the viewers and audience.