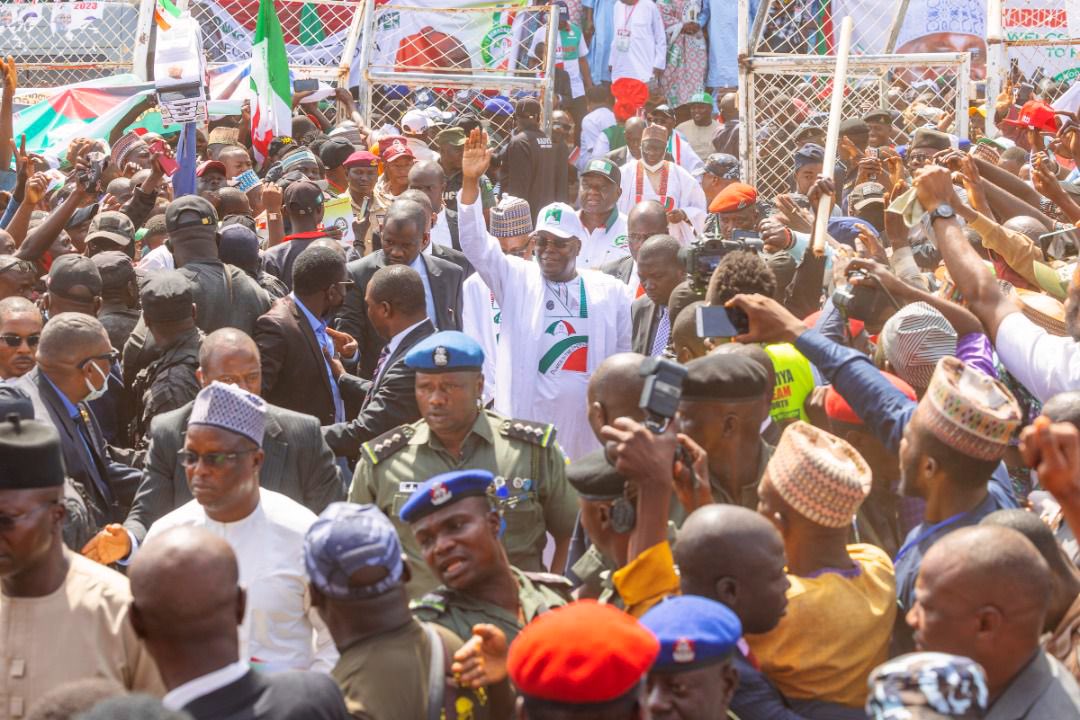 Supporters of Atiku Abubakar, the presidential candidate of the Peoples Democratic Party, PDP, have been attacked by suspected political thugs at the ongoing campaign rally in Kaduna State.

The former vice president confirmed this in a post on his verified social media handles on Monday. This is coming a few days after thugs attacked supporters of the party in Zamfara State leading to the death of at least one person, while several others were injured.

Atiku in the post, called on President Muhammadu Buhari to call supporters of all political parties to order in a bid to tackle reoccurrence of such incident.

ALSO READ  2019 Election Is The Most Depressing - Wole Soyinka

He wrote, “I have just received emergency reports of attacks on PDP supporters by thugs sponsored to scuttle the ongoing PDP campaign rally in Kaduna State. This is undemocratic and against the Peace Accord all parties signed up for just a few weeks ago.

“I urge President Muhammadu Buhari to call on all parties to call their supporters and members to order and to ensure that campaigns, just as with the elections themselves, are kept free, fair and safe”.

Casualties recorded during the attack could not be ascertained as of the time of filing this report.

Orezi’s reply to Dammy Krane is epic and hilarious Celebrity

Zimbabwe To Ban Sales Of Alcohol On Weekdays News