Worried by the rising spate of kidnappings across the country, the Inspector General of Police (IGP), Mr Idris Ibrahim, on Friday embarked on a tour of the Abuja – Kano road to assess the situation. Ibrahim, who is being accompanied by the Special Tactical Squad and the IGP Intelligence Response Team, took off from Abuja and stopped intermittently at Zuba, Suleja, Jajere and Kaduna. Newsmen report that at each of the points, the police boss addressed community, religious and traditional leaders, youth groups and police formations. Ibrahim, who also stopped at flash points like Jere, Alheri camp and Rijana in Kaduna State, told the people that he deployed 600 policemen to tackle kidnappings and other crimes along the route, in May. At Rijana, where scores of people were kidnapped last month, Ibrahim said that more than 100 suspected kidnappers had been apprehended including their leader, Mamman Adamu, but regretted that the menace had not abated. He cautioned youths against collaborating with kidnappers, and warned that anyone caught would face the full wrath of the law. “We have discovered that youths here collaborate with the kidnappers; they allow the kidnappers to use their motorcycles to convey the victims and also collect ransom. “Kidnappers do not spare anyone, so you could be victims. The policemen are everywhere and their formations are all around you, so feel free to give them information that will assist in ridding the country of kidnappers,” he said. Ibrahim advised community leaders to remain alert and mobilise their people to be vigilant so as not to be taken unawares by kidnappers. He said that government had adopted measures to rid the country of all criminal elements, but pointed out that success could only be achieved with the support of members of the public.

Mr Samuel Bala, a youth leader in Rijana, who responded to Ibrahim’s speech, pledged the youths’ readiness to support efforts to curb kidnapping, and urged the police to always protect the identity of informants. “Kidnappers are very dangerous; please any information given to you should be treated with utmost confidence. Everything must be done to protect informants. “We are prepared to support you, but want to be sure that we are safe while doing so,” he said. Another youth leader, Mr Ayuba Maman, also assured the IGP of the youths’ full cooperation and support in the battle to end kidnapping.

He, however, called for more efforts to provide jobs for youths so as to minimise the number of idle hands available for use by those with evil intentions. Alhaji Muhammadu Bello, Chairman, Suleja chapter of the Miyetti Allah Cattle Breeders Asociation (MACBAN), who responded to the IGP’s speech in Suleja, however, regretted that kidnappers captured by his men were never prosecuted. “We have caught many kidnappers and took them to the police station, but they have always found a way of coming back to even haunt us. This situation is dangerous and discouraging,” he said.

He urged the IGP to step up efforts to prosecute the suspected kidnappers so as to deter others involved in the crime. NAN quotes the IGP as promising to ensure that those arrested were prosecuted to deter others. He also thanked MACBAN for the efforts and advised that they should keep up the good work and never be discouraged. Ibrahim is expected to continue the road tour from Kaduna, through Zaria, to Kano.

Scott Disick had the perfect comeback when quizzed over his new relationship having 15 years gap by Kris Jenner. Entertainment 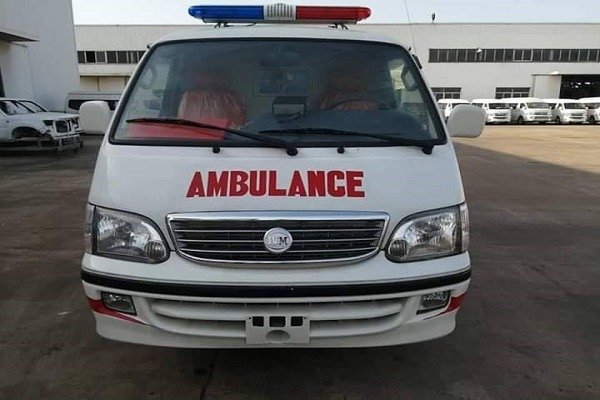