The Economic and Financial Crimes Commission (EFCC) had on Friday filed a fresh motion before an FCT High Court asking it to set aside the bail it granted to Saminu Turaki, the former Governor of Jigawa State. The EFCC in the motion filed through its counsel, Mohammed Abubakar claimed that the bail condition given to Turaki by Justice Yusuf Halilu was too liberal. The commission also based its request on the ground that the matter had already been filed in an Abuja Federal High Court before the judge granted the bail. The judge was not around to take the motion as at the time it was filed Friday evening. It recalled that the judge, who is one of the vacation judges had on Thursday granted bail to the ex-governor who was in EFCC custody.

Turaki had been in the EFCC custody since he was arrested at a public function in Abuja on July 4 but was granted bail on Thursday after approaching the court to seek for enforcement of his fundamental human right. The Judge had asked Turaki to provide two sureties who must be residence within the FCT and with a verifiable means of livelihood as part of the bail conditions. Justice Halilu also ordered that the applicant should deposit all his travelling documents with the court registry. Also as part of the bail conditions the ex-governor was ordered to report to EFCC every two weeks to sign a register that would be opened for him. 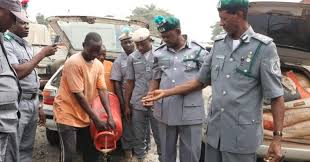