Carol Ajie, a human rights lawyer, has called on Mr. J.B Daudu, Chairman of the Legal Practitioners Disciplinary Committee (LPDC) of the Nigerian Bar Association (NBA) and a former President of the NBA, to institute legal action against those accusing him of having caused the death of his estranged wife, Ranti Bosede Daudu, through domestic violence, or resign his chairmanship of the LPDC.

The call was contained in an undisguisedly caustic statement issued by Mrs. Ajie in which he dared the LPDC Chair to carry out his threat of legal action.

“Please, do not fail to file your libel suit against those accusations of domestic violence and wife battery online. File it now or reach out to online account holders, who accused you of slaughtering your late spouse to withdraw the charges of violence and apologize forthwith. You must take these steps to remain as Chair, Legal Practitioners Disciplinary Committee of the Nigerian Bar Association, or resign,” Ms. Ajie said.

Mrs. Daudu, 54, died on July 6 in Kaduna. The deceased who was a lawyer and former member of the Governing Council of the National Human Rights Commission (NHRC) had lived apart from the husband for about three years before her death of “a minor stroke”, according to her first son. The deceased was defending a divorce suit filed by her husband and was also pursuing a cross-petition against the suit at the time of her death. She was said to be in the company of her lawyer preparing to give oral evidence in the suit the when she suffered a sudden illness that eventually resulted in a fatal heart attack. The prevalent view was that the deceased endured a marriage, marked by a lengthy spell of vicious abuse in the hands of Mr. Daudu.

In his tribute to Mrs. Daudu, Professor Chidi Odinkalu, former of NHRC Chairman, alleged that the marriage was characterized by vicious domestic violence, including “torture” in the hands of her husband.

“After more than 28 years of vicious domestic violence, my big sister Ranti Daudu died last night in Kaduna,” Professor Odinkalu said in a tweet. In another tweet, he opined that no woman should ever endure such treatment “at the hands of a big man”.

In a similar vein, Mrs. Aisha Yesufu of the Bring Back Our Girls Campaign, hinted that Mr. Daudu was beastly in his treatment of his late wife.

“Some men are beasts, irrespective of education and wealth,” she tweeted. She added that Mrs. Daudu told her in the last conversation between them that their six children had warned her to leave the marriage on account of relentless abuse. “Oh God! R B Daudu my big Sis. Last we discussed, she said even the children had asked her to leave else they won’t have respect for her,” she claimed in another tweet.

The testimonies of those familiar with the horrendous treatment the deceased got from her husband kicked off an online storm that resulted in fulminating criticisms of Mr. Daudu. But in what is widely suspected to have been instigated by their father to deodorize the fetid narrative, two of the six children produced by the marriage claimed in a statement issued on July 10 that Mrs. Daudu never experienced abuse in the marriage. The statement signed allegedly on behalf of all the children by Paul and Benedict Daudu, both lawyers, said the children grew up in a loving home. They claimed those giving testimonies of events in the marriage are people they have never seen before and those who were yet to contact them after the death of their mother.

“We categorically debunk such fallacious rumors, which are to the effect that our dear mother died as a result of years of being subjected to domestic violence for a period of 28 years, as published by several blogs and social media outlets. We reiterate to the contrary that we all grew up in a loving environment where we witnessed the affection of both of our parents who, within that period, made tremendous efforts to ensure all of us were raised to achieve our full academic potential and discipline,” the statement said.

While admitting that the 33-year marriage had its ups and downs, which they said was characteristic of marriages, they maintained that it never degenerated into domestic violence. They added that only the last four years of the marriage brought difficulty occasioned by the fact that their parents had to live apart.

“However, through it all, we stood by both parents and never took sides. We made all efforts humanly possible to ensure both of them settled amicably, but unfortunately, to no avail…We also debunk the publication by another so called ‘cousin’ of ours, who claimed that we the children asked her (the deceased) to ‘leave’ her matrimonial home in Kaduna,” the children added

Responding to the statement issued by the children, Mrs. Ajie said the children are not being accused of complicity in their mother’s death. She, however, hinted that it was curious that the last child in the marriage made no input the statement, as that could have shed light on some dark areas. Mrs. Ajie claimed Mr. Daudu had always behaved bestially and accused him of endorsing an attempt to have her assassinated by Mr. Austin Alegeh, a former President of the Nigerian Bar Association and protégé to Mr. Daudu. According to Mrs, Ajie, her offense was that she wrote a notice for the impeachment of Mr. Alegeh as NBA President. She also recalled that she was critical of Mr. Daudu who, during his tenure as NBA President, sought to impose unpopular amendments of the association’s constitution by insisting that the 2012 NBA Biennial Delegates Congress be hosted in Kaduna.

His scheme, alleged Mrs. Ajie, was aimed at ensuring that attendance at the conference would be lean, given that it was at time Boko Haram was running wild in Kaduna in those days.

“Insisting on Kaduna 2012 belies a disposition not to allow a level playing field for all candidates. Evidently, a line-up of candidate(s) to succeed JB Daudu and friends, following the decision of a certain caucus to turn the NBA presidency and other offices, unfortunately perpetually into ‘chieftaincy’ titles conferred on those ‘in whom he is well pleased’ at home jurisdiction in a setting less than transparent,” wrote Mrs. Ajie in an article published by SaharaReporters. 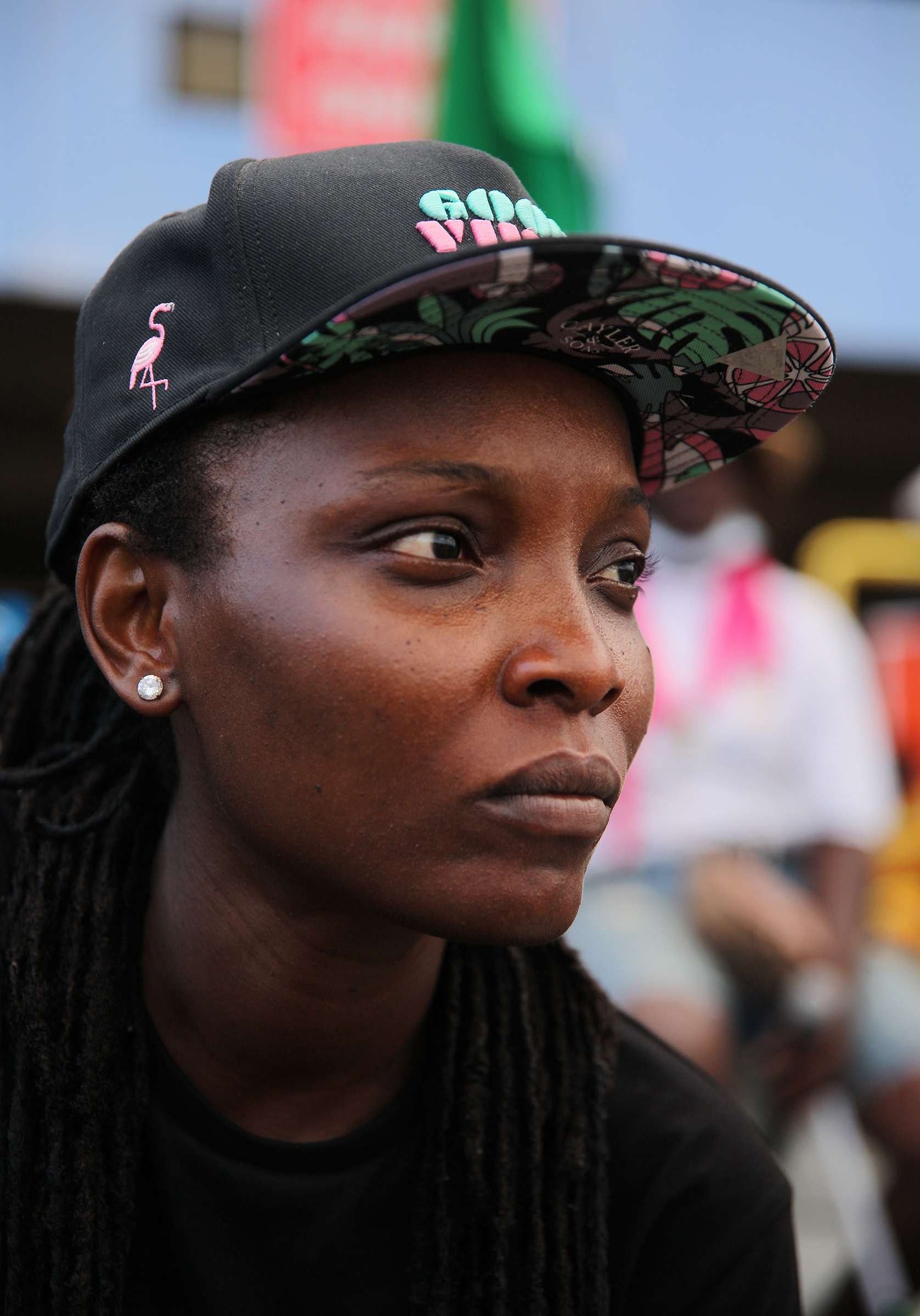 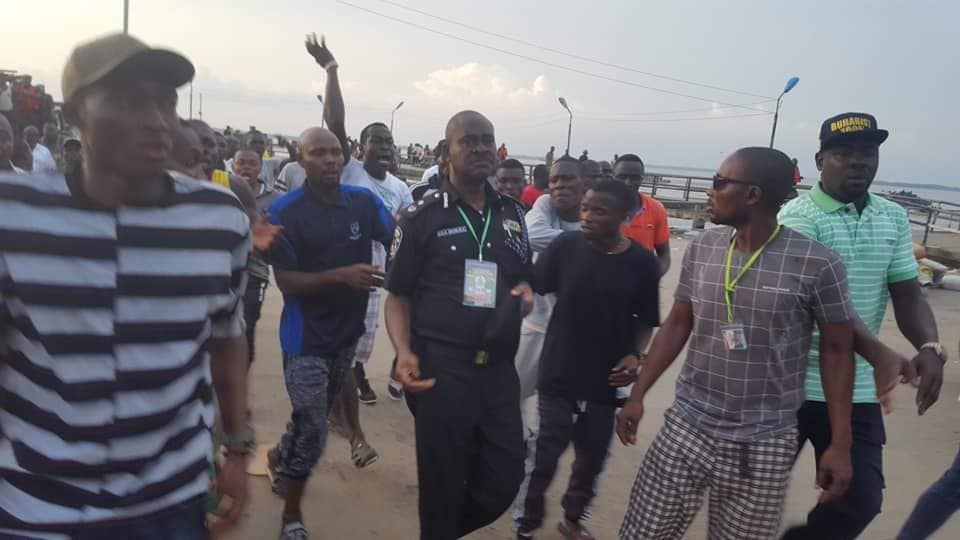