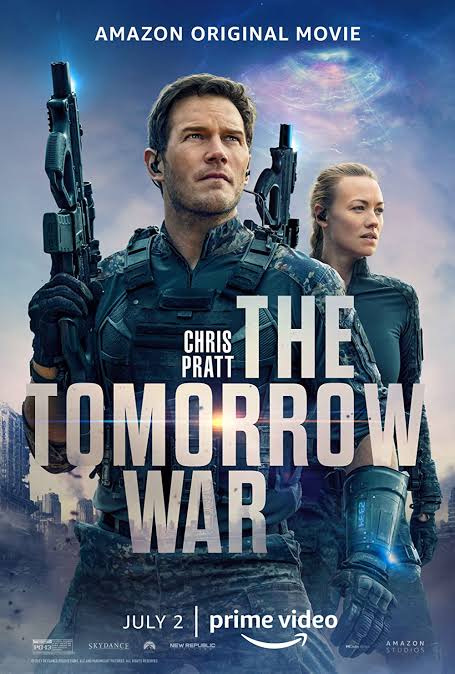 We have for sure seen a lot of movies get released this year, but not all of them has been great, as even those that you expect to be good don’t turn out as great as planned.

In July, Tomorrow War was released, but I was not so motivated to watch it, after seeing the first few episodes, but then I heard a lot of people talk about how much they enjoyed the movie and all, so I decided to watch it.

I can say that I don’t regret watching it really.

Thought the first few minutes into the movie, it looks like the action is slow. This statement might come off as confusing but it’s quite simple actually, the action sequence was slow.

You might just be wondering what is going on, but once you get a couple of minutes into the movie, you begin to understand what is happening.

The movie talks about Dan Forester who fails to get a job at the Army Research Laboratory and during the broadcast of the World Cup.

Soldiers from 2051arrived to warn them that in their time, humanity is on the brink of extinction due to a war with alien invaders known as the “Whitespikes”.

This might not come off as a review but giving a full insight for sci-fi can be a bit tricky as my expectations vary from that of others with this in mind I’d advice you check the movie out and share your reviews.

P.S please in the sequel can they reduce the use of CGI.