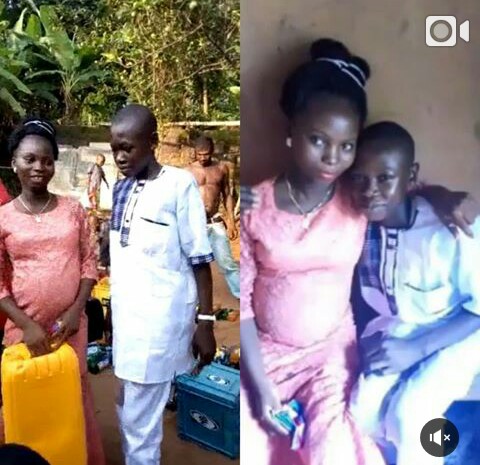 A 14 year old Nigerian boy was forced by relatives to marry his 15 year old girlfriend after he impregnated her. From the video it can be deduced that it happened in the eastern part of Nigeria, as we could hear them speak Igbo Language.

According to reports making the rounds online, the boy was forced to marry the teenage girl, who is a year older than him, after he got a little too cozy and impregnated her. In the video, the young bride could be spotted with a protruding belly which could only mean that she had been pregnant for months.

The father of the bride who was also present at the ceremony advised his daughter to be careful as he handed her over to her teenage groom, emphasizing that she was no longer in her parent’s house.