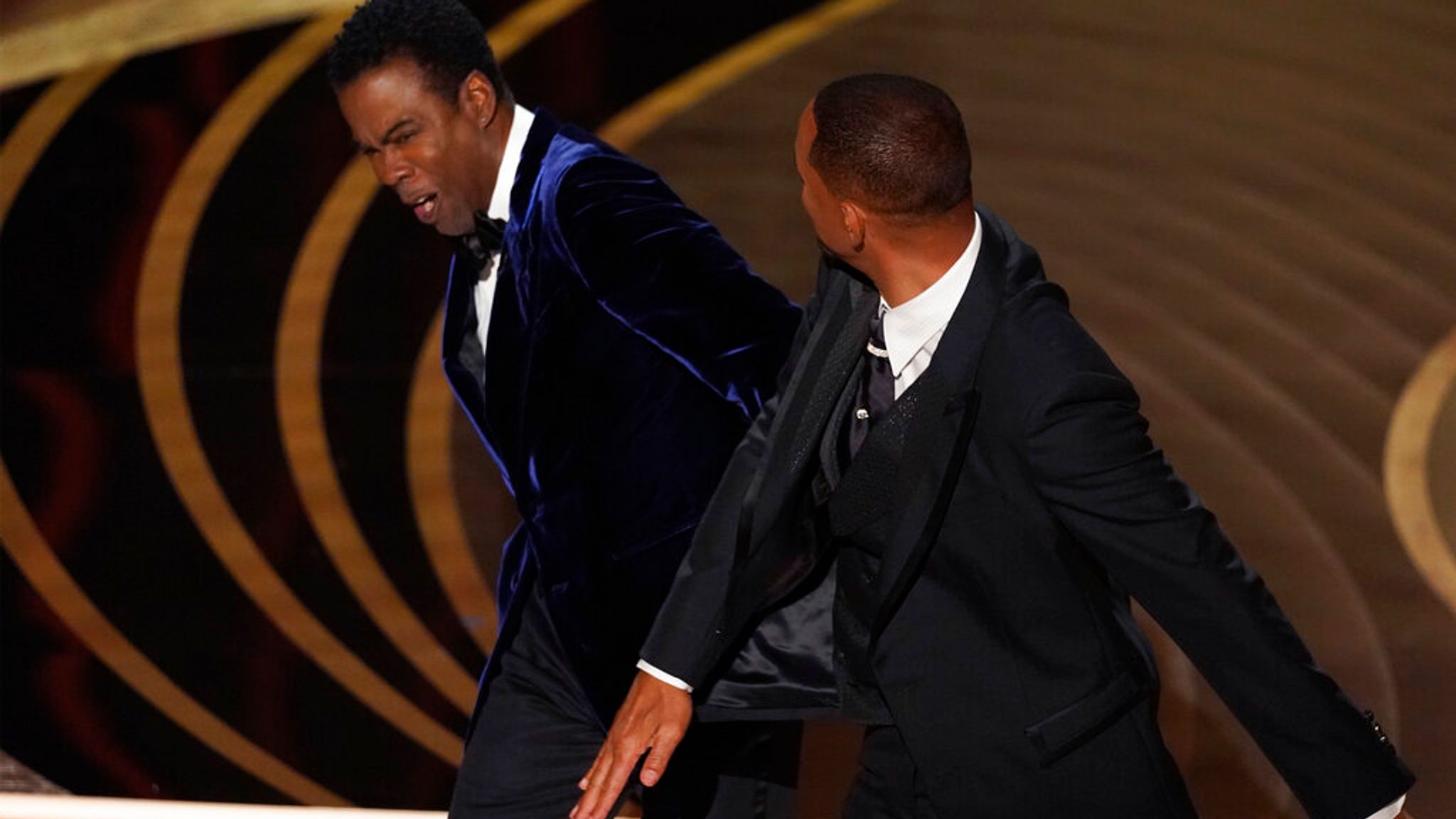 In one of the most shocking moments in Oscars history, Will Smith stormed onstage and slapped presenter Chris Rock for a joke made about Smith’s wife, Jada Pinkett Smith.

The drama began while Rock was presenting best documentary during the 2022 ceremony. Rock made a crack about Pinkett Smith getting ready to film a sequel to G.I. Jane — an apparent reference to the actress having a shaved head. (Pinkett Smith has been open about her hair loss due to alopecia.)

While the confrontation initially had many wondering if it was some kind of stunt, any doubts were erased when Smith used his moment onstage to apologize for his actions.

“Richard Williams was a fierce defender of his family,” Smith said.

“In this time in my life, in this moment, I am overwhelmed by what God is calling on me to do and be in this world. Making this film, I got to protect Aunjanue Ellis, who is one of the most strongest, most delicate people I’ve ever met. I got to protect Saniyya and Demi, the two actresses who play Venus and Serena. I’m being called on in my life to love people. And to protect people and to be a river to my people.”

Smith wiped away tears and continued: “I know, to do what we do, we got to be able to take abuse. You gotta be able to have people talk crazy about you. In this business, you gotta be able to have people disrespecting you and you gotta smile and pretend like that’s OK. … Denzel said to me a few minutes ago, ’At your highest moment, be careful, that’s when the devil comes for you.’ I want to be a vessel for love. I want to say ‘thank you’ to Venus and Serena and the entire Williams family for trusting me with your story. … I want to be an ambassador of that kind of love and care.”

He continued, “I want to apologize to the Academy, I want to apologize to all my fellow nominees. This is a beautiful moment, and I’m not crying for winning an award. It’s not about winning an award for me, it’s about being able to shine a lot on all the people … and the entire cast and crew of King Richard and Venus and Serena and the entire Williams family. Art imitates life. I look like the crazy father, just like they said about Richard Williams! But, love will make you do crazy things.”

In a statement posted to Twitter after the show, the Academy said:

The LAPD confirmed that Rock declined to file a police report about the slapping, saying in a statement, “If the involved party desires a police report at a later date, LAPD will be available to complete an investigative report.”