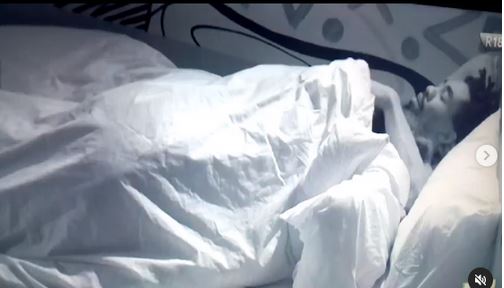 Nigerians have taken reacted to a trending video of Boma and Tega under the duvet during lights out.

Though its unclear what they were doing, there was however a visible hand movement under the duvet as the housemates retired to their bed to sleep.

While some Nigerians called out Tega for allowing a man who isn’t her husband so close to her, others wondered the kind of husband she has.

Watch the video and reactions to it below;