[VIDEO] #BBNaija: While We Were At Sleep, Boma And Tega Gave Us French Kiss 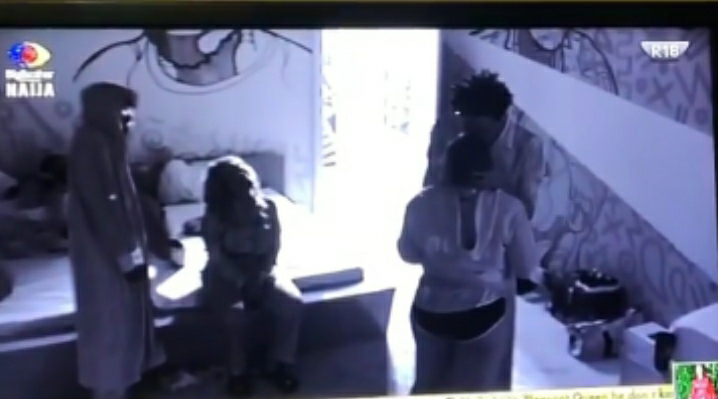 Boma and Tega have been spotted in a footage kissing for 15 seconds as other Big Brother Naija housemates cheered on.

This is coming after Boma and Tega, ignited a controversy after being spotted under the duvet. The two housemates kissed during lights out, barely 24 hours after their ‘duvet moment’ trended on social media.

This happened in the late night truth or dare game.