The Sequel of sequels: The Hitman’s Bodyguard 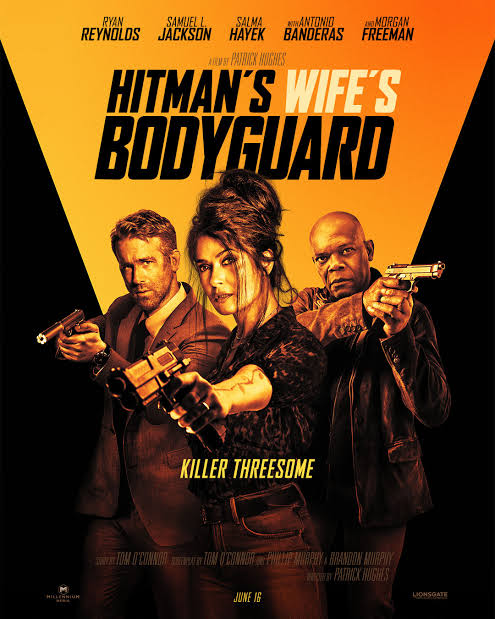 We have gotten the opportunity to see several new movies released, as it is even getting to that point where we cannot keep up with the number of movies that are being released, because we keep getting new movie releases back to back, after most of them were delayed due to Coronavirus.

And the latest one that was just released is the Hitman’s wife’s bodyguard.

When watching this movie, I tried to make sure I didn’t think too much about the first movie they released (the Hitman’s bodyguard) while watching this one.

This was one of the major reasons why so many people did not enjoy this sequel, as they complained that the sequel was boring compared to the first one that was released.

I did have a few problems with the movie though, as when you sit back to recount your experience after watching the movie and you compare your reactions after watching both movies (the first instalment and the sequel).

You would realise that compared to the first movie that was released in 2017, this Hitman’s wife’s bodyguard looked boring and it lacked that suspense.

Again, from the title of the movie, or the trailer of the movie, you would think that Bryce’s role [Ryan Reynolds] in the movie is to be the bodyguard of Sonia Kincaid, the wife of his former client, Darius Kincaid.

However, a few scenes into the movie, you see that what was first scripted to mean Bryce protecting Sonia, changed to the three of them working together to save the world.

And yeah compared to the first movie release, this sequel lacked depth. The one released in 2017, while you were probably laughing your hats off, you would also see some scenes that would leave you teary-eyed. But that was not the present in the sequel.

Overall, this sequel was a great one to watch, interesting and at the same time capable of leaving you in tears from too much laughter, however, even though the movie was not as good as the one released in 2017, but it is definitely a great watch.

The movie talks about Michael Bryce, where he must team up again with the hitman, Darius Kincaid and his wife Sonia, in order to stop a madman from launching a terror attack on Europe.