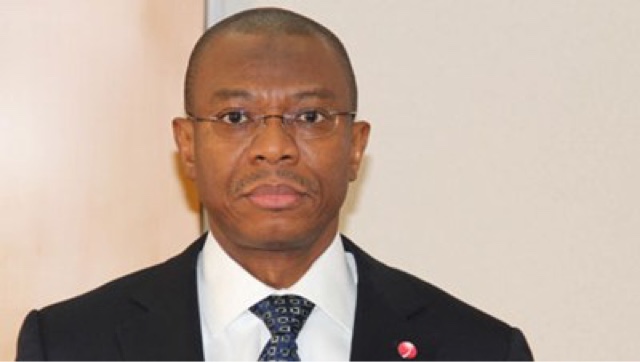 The Managing Director of Sterling bank Rasak Adeola got a bitter taste of being a randy man when his beautiful wife caught him red handed with a female fling.

The story is best described like a commando or FBI operation when the angry woman left their Ikoyi home to track down the alleged randy banker at a hotel in Ikoyi. The hotel is said to be the love nest of the lover man. Having tracked him, it was reported by an online blog, naijahottestgist that the wife went berserk on sighting her husband and the alleged mistress, she went loose, tearing his shirt and screaming over her voice.

Findings reveal that the otherwise quiet woman got frustrated and tired of her husband’s randy ways, we learnt that Alhaji Adeola lovenest is the IKOYI Boat club and the prestigious Protea Hotel which he has turned into a second home

It was discovered that ever since the matter took place Alhaji Adeola has gone low key or changed direction as he rarely goes to the boatclub or Protea and the Sterling Bank staffer who was caught with him has since been relieved of her job and our findings reveal she is right now in SOuth Africa, it is not clear whether she was sacked or simply took a break for the matter to die a natural death.

[VIDEO] BUSTED! Man Nabs Wife While Trying To Tie Him Down At Native Doctor’s Shrine News