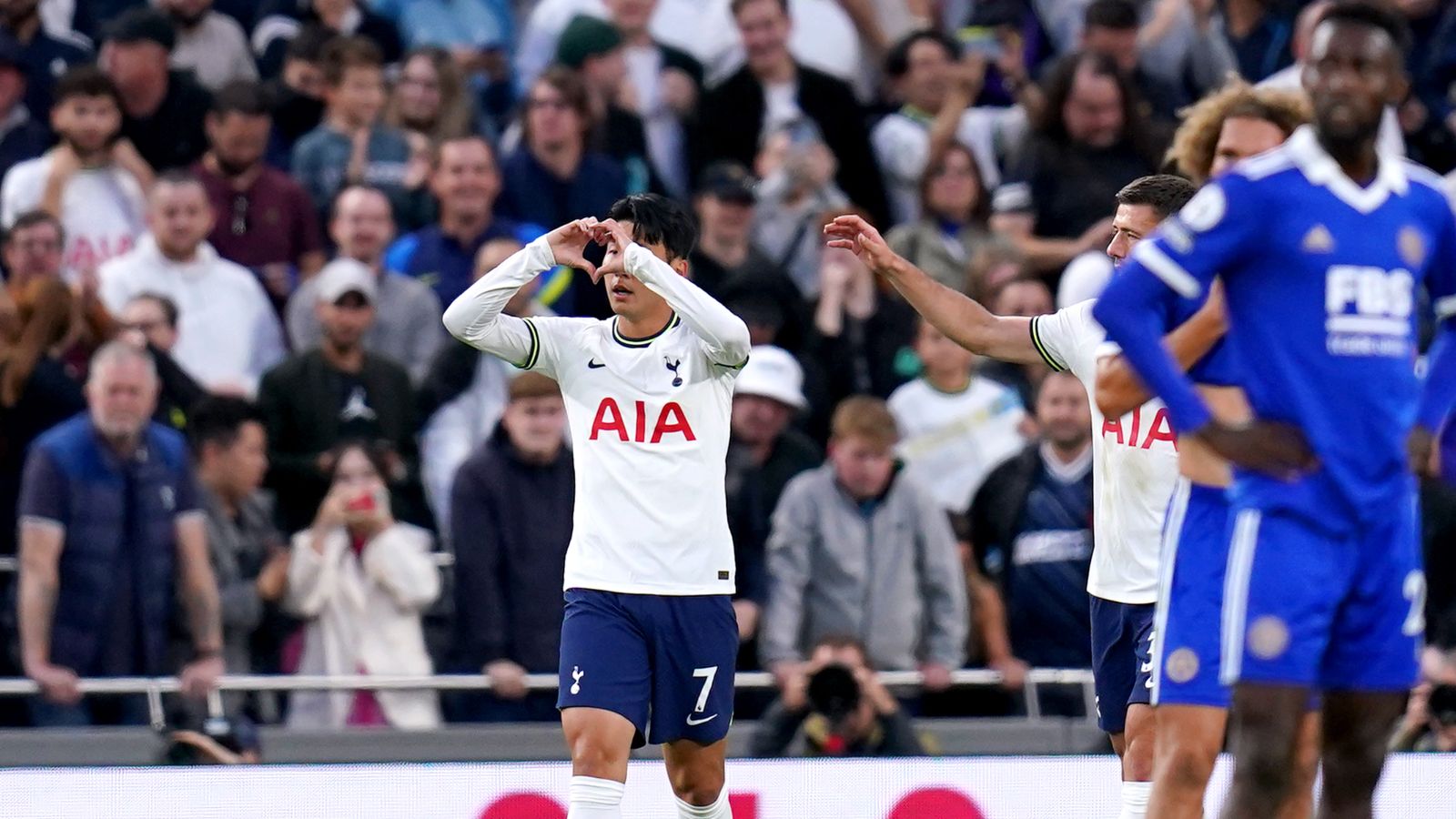 The South Korean striker responded to Antonio Conte’s decision to drop him to the bench after a barren start to the season by coming on to curl home two fantastic strikes and slot home a late third.

Spurs trailed to Youri Tielemans’ early penalty but took advantage of the Foxes’ failings at set-pieces as Harry Kane and Eric Dier nodded home from corners to turn the game around.

Victory maintained Spurs’ unbeaten start to the Premier League season as they climbed to second, level on points with leaders Manchester City.

Leicester, meanwhile, remain at the foot of the table, still searching for their first win, despite having led in four of their seven matches thus far.