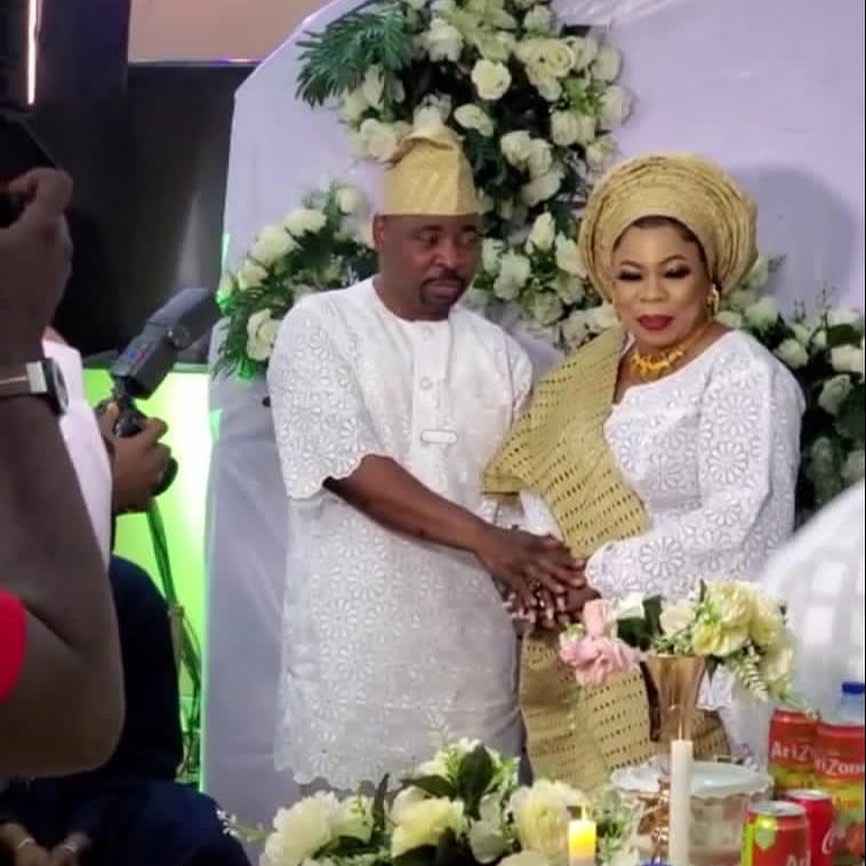 As several reactions continue to trail the marriage of Lagos State Chapter of National Union Of Road Transport Workers Chairman, MC Oluomo to his American-based lover.

In a new post, controversial Instagram blogger, Gistlovers has alleged that MC Oluomo has been with the American lover for a while and she’s responsible for the accommodation of MC Olumo’s children in America.

The American lover also allegedly helped the NURTW boss with American citizenship and had divorced her husband, whom she had three children with but had lied to MC Oluomo that her husband was dead..

According to Gistlover, the woman has changed her surname, including that of her children, to Akinsanya, MC Oluomo’s surname.

According to our source the woman has been with MC for quite a while now even before Aunty Ehi of savayeth, she is the one responsible for all oluomo’a 5 children in the Amrica (in Jennifer’s voice) she helped in their accommodation and she helped baba self ontop citizenship level, she divorced her husband with three kids and lied that the husband is dead just to be with the NURTW BOSS,currently, her three kids are bearing Akinsanya which is MC Oluomo’s name. she changed their name completely.

She came to Nigeria to celebrate her fathers burial and in the process she and MC Oluomo tied the knot in a secret wedding of not more than 50guest in Ebute metta. As it is now them don cook up one story to give Ehi and Baba has promised Ehi that Na she get am o and every weekend Na for Ehi house now, say this one go soon go back to her abroad, so if Una Dey find MC for weekend,na Ehi house make Una go o,MC has 19children altogether now including the ones we don’t know o,Alaafin no do pass this one o,I come in peace.

Below are photos from the wedding ceremony,