Neymar’s Brazil Stands Between Messi And His First Argentina Trophy 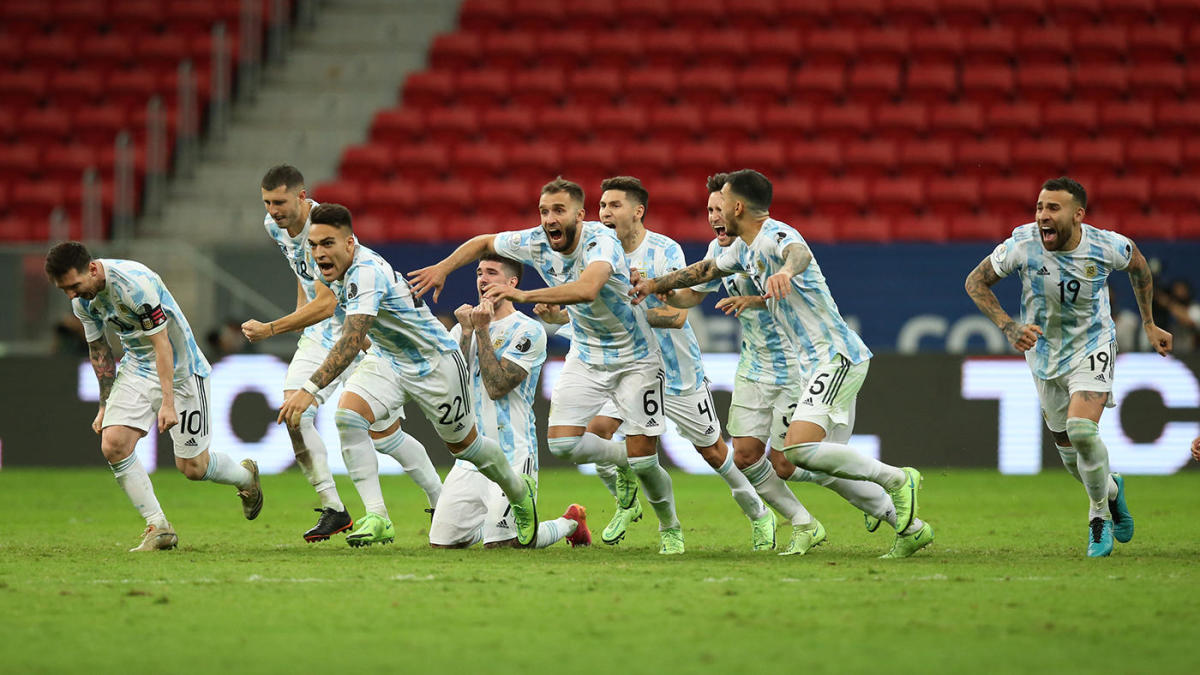 For the first time since 2007, South American titans Brazil and Argentina will meet in the Copa América final, with the latter’s dramatic penalty-kick triumph (3–2, thanks to Emi Martínez’s three saves in the shootout) over Colombia in Tuesday’s semifinal (following a 1–1 draw).

It’ll pit Superclásico rivals against one another and put friends-turned-opponents Neymar and Lionel Messi in the final limelight, with both knowing what a title would mean in the legacy conversation. Saturday night’s final at the Maracanã in Rio de Janeiro may not have the atmosphere a South American championship deserves due to coronavirus protocols, but it will serve as a grand setting for the two teams. It’ll cap a tournament that has been anything but a classic with a final that has the chance to deliver like one.

Argentina’s history, especially over the last seven years with Messi, is no secret. After three brutal, consecutive defeats in finals (2014 World Cup, 2015 Copa América, 2016 Copa América Centenario), Argentina hasn’t come particularly close to winning anything, leading to fair questions over whether the national team had wasted Messi’s peak and spurned its best chance with him in tow to end a national trophy drought that dates back to the 1993 Copa América.

This version is not Argentina’s best team in Messi’s career, at least not on paper, but it could wind up being its most effective for this point in time. The levels of pressure and expectation may not be as high given the past failures and the makeup of the squad, with most of the veterans attached to those failures having moved on. Of those who played in the 2014 World Cup final for Argentina—whose site is that of this Copa América final—only Messi appeared Tuesday.

He has been superb in this tournament and is still very much the focal point, the player on which the team is dependent for success. He has four goals and five assists in the competition, contributing to nine of Argentina’s 11 goals in the competition.

While they haven’t met in a final in 14 years, Argentina and Brazil have locked horns on the Copa América stage since, and recently. Argentina’s last loss, period, came two years ago, to Brazil, in Copa América. The 2–0 semifinal defeat gave way to a third-place finish and kicked off a 19-match unbeaten run that leads into Saturday’s final.

Brazil will be the favorite, based on its status as host and based on the talent it has on paper. Yet for all, the focus is on Messi who hasn’t won anything for his country, it’s only prudent to point out that Neymar hasn’t technically delivered a major trophy to his, either. You can flag the 2013 FIFA Confederations Cup Brazil won if you’d like, but aside from that, Neymar’s lone gold medal for Brazil has come on the Olympic stage.