The Senate on Tuesday alerted the National Security Adviser (NSA), other security agencies as well as financial institutions to the current wave of cyber attacks.

Following a motion moved by Sen. Abdulfatai Buhari, the senate revealed that over $450 million has been lost by Nigerian firms, through cyber attacks on over 3,500 firms.

Last week, over 200,000 computers, in 150 countries, were crippled by ‘ransomware’ which rapidly spread across the globe. British hospitals, the Russian Government, German railways and big companies were among those affected.

The Senate, as part of measures to curtail the global threat, has mandated the Senate Committee on ICT and Cyber crime to immediately convoke a National Stakeholder Conference on Cyber Security with a view to stimulating a collective reflection among relevant stakeholders and articulating a national and broad-based approach to keeping the country ahead of the challenge. Deputy President of the Senate, Senator Ike Ekweremadu who presided over plenary called on stakeholders to come together and find a lasting solution to the menace.

He also warned that strategic institutions of government maybe attacked if urgent steps were not put in place by the relevant agencies to curtail the spread. “They hack into our emails everyday. I am also a victim. They open social media accounts in my name and I have said it that I am not on social media.
“The main threat is that our strategic institutions may be attacked by these hackers. All stakeholders need to come together to deal with this challenge,” he said.

Sen. Buhari in his motion: “Worrisome dimension of Cyber-Crime and Insecurity urgent need for concerted efforts to secure Nigeria’s Cyberspace.” called on relevant government agencies to wake up to their responsibilities. “Cyber attacks are taking a dangerous dimension all over the world, for instance the Lloyds Banking Group and Barclays Bank of UK suffered 48-hour online attack from 11th to 13m of January this year, in which the criminals attempted to block about 20 million accounts, bombarded Lloyds, Halifax and Bank of Scotland with millions of fake requests designed to grind the groups’ systems to a halt and asked for a huge ransom in bit coins to end the attacks which were being prevented by the Denial of Access (DOS) system.

“On the 12th of May alone this year, at least 200,000 targets in over 150 countries were hit by cyber-attacks which the Internet Protocol suggested to have originated from the Middle East particularly from Syria and Iran, as well as from Kenya, supposedly using a malware known as Lazarus to compromise systems in banking and information networks, with no clear evidence yet as to how the act was perfected, and that the criminals are already targeting Nigeria. “Alarmed about revelations from studies that over 70% of hacking attempts so far, i.e. about 3500 cyber-attacks on the Nigeria lCT space, have been successful resulting in loss of over $450 million and that government servers are currently under serious threat.” 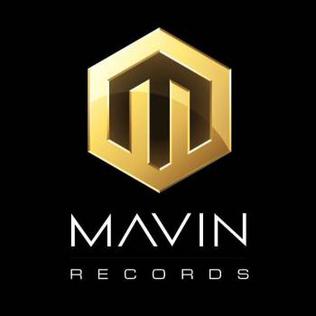