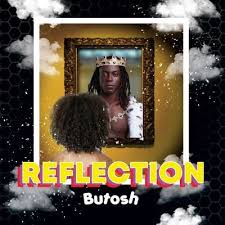 Reflection Vol 1 (A Journey of Self Discovery)

Pulling out a 14 track album as your first major project sounds far fetched right? Well Butosh pulled it off and I’m loving every single moment of it.

This is a commendable feat as this album gives a full 48 minutes of the various styles of Hip Hop; from Old skool sounds to trap vibes.

I could give a full overview on all songs but I feel as though key tracks worth listening to should be what i talk about. Now don’t get me wrong the whole album as a whole is worth listening to but for me these tracks are the stand out tracks off the album.

Letter to Mama track 5 gives the full Old Skill vibe; I mean the 90s kind of rap. The lyrical delivery of Butosh and Mullar was at its best. This track takes a look at their stuggles while let their mum know about the fears they have and also asking for understanding.

The trap sound on Fall Out slaps different, you know this song is something you can listen to cheer up your mood and I hope that doesn’t distract from what the song is all about. It talks about how the world as a whole is lacking the love for one another required for it to thrive.

And there is Doe’s interlude coming in like words from a wise old man.

Dark Storm is my go to track off the album as it evokes my emotion, words spoken on this song are words meant to be said but vaguely ignored.

Scared to Death brings back the Pop Smoke vibe and ending the album with freeze makes the entire album overly poetic.

For me Reflection Vol. 1 is what Butosh sees himself as; His pain, anger, happiness, fears and other emotions all together in one album.I am rating the album a 7/10 do give it a listen.

2 Men Beating To Pulp After Being Caught Stealing Hennessy News