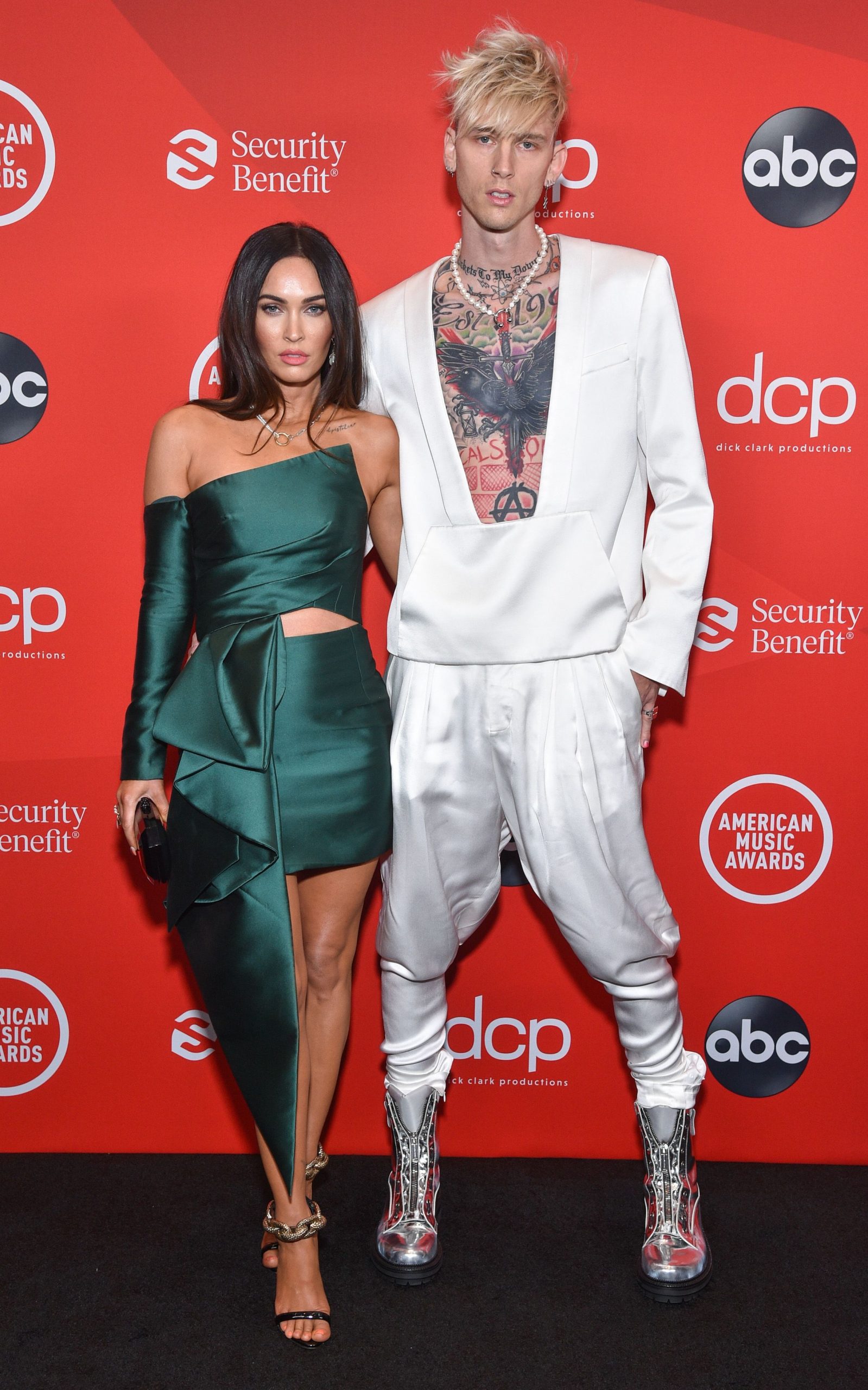 Megan Fox and Machine Gun Kelly are officially engaged after a year and a half of dating.

The 35-year-old actress made the announcement on Wednesday by sharing a video of their intimate proposal with her Instagram following, citing that it took place on Tuesday, January 11.

Megan Fox noted in her post’s lengthy caption that she and the 31-year-old musician ‘drank each other’s blood’ to celebrate the occasion, which took place outside of the Spa Botánico at the Ritz-Carlton Dorado Beach in Puerto Rico.

In July of 2020 we sat under this banyan tree

We asked for magic

We were oblivious to the pain we would face together in such a short, frenetic period of time.
Unaware of the work and sacrifices the relationship would require from us but intoxicated off of the love. And the karma.

Somehow a year and a half later, having walked through hell together, and having laughed more than I ever imagined possible, he asked me to marry him.

…and then we drank each other’s blood